How To Bet And Win In Soccer?

Home How To Bet And Win In Soccer? 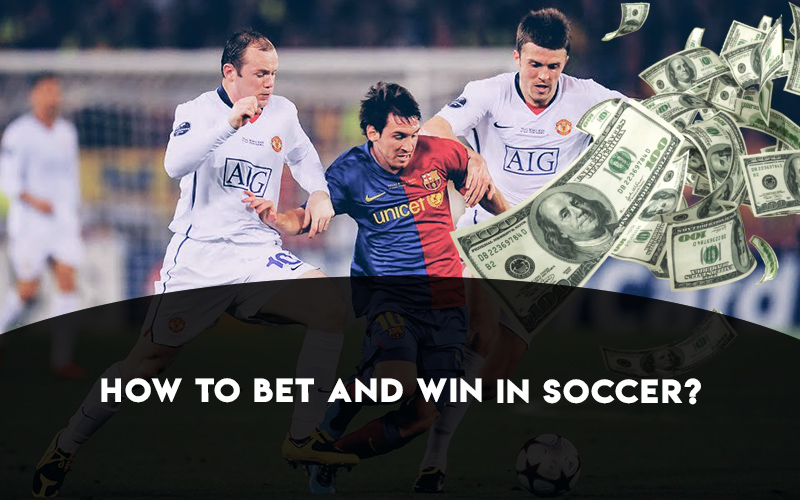 How To Bet And Win In Soccer?

Soccer is one of the most popular sports betting fields globally. The risks involved because of its dynamicity actually increase its allure. Thus whenever soccer games are played, irrespective of whether it is the premier league or the Italian Serie A, punters from around the world flock to place wagers online on the matches as well as tournaments, leagues or championships so that they are able to bet and win in soccer.

There are, however, two types of punters who place wagers for soccer betting—one who comes with the mindset of winning and the other who comes for the fun of it. Yet both love to win in the end and hence they come with regular frequency to try to win that elusive pot of gold.

But it is the bookies that make the most of any match being played. Setting the odds in a way that most punters find it difficult to win, bookies cash in on the punter’s loss to make big time money in every match. While it is certainly difficult to bet and win in soccer against the bookies, it is definitely not impossible.

There are certain guidelines which one needs to follow so that winning becomes easier in soccer betting. These guidelines include:

●        Team form: Doing the home work well for an upcoming soccer match enables a punter to bet and win in soccer by understanding the strengths and weaknesses of the teams playing the same. This means that punters need to look into the form of the team and check to see if:

o   There has been any change in form in the immediate past,

o   Any injuries have forced the team to replace key players,

o   Performance history of the players replacing key injured players is conducive to the match being played,

o   Psychological and social events have had a deep impact on the team’s psyche,

o   New strategies have been adopted and the team is yet to adjust to the same etc.

●        Home/Away records: This is another very important point which enables a punter to bet and win in soccer. In order to understand the impact of playing on home and away fields, it is important for the punters to analyse statistical data for the same. It is generally seen that teams playing on home grounds have a distinct advantage but there have been instances wherein home teams have also been defeated on their home grounds. Since these instances are rare, they make for opportunities to earn big time and hence these need to be looked at very carefully to see if the returns justify the risks involved.

●        Head to head: The history of matches that have been played head to head between the two teams that are to participate in an upcoming match is another factor which enables a punter to bet and win in soccer. However, there are a lot of statistics that need to be analysed minutely in order to determine which team stands a better chance of winning the same.

●        Motivation:  With journalists taking interviews of both the teams scheduled to face each other in an upcoming match, it becomes easier for the punters to judge how motivated the teams are with regards to the match. Teams with a low motivation factor tend to lose the match even before they start playing it. Hence placing a wager on such a team, is definitely not a good strategy to bet and win in soccer. However, one needs to be very careful in analysing the interviews since there might be instances wherein the team manager or captain might say something and mean something else. Herein the body language too needs to be analysed so that punters are able to place winning wagers.

●        Physical factors: Teams which have been travelling for a long time tend to be tired and off their feet. These teams tend to perform below their actual capacities and thus there is always that chance that the other team, which might have been statistically the weaker team, will change the dynamics for that game by winning and causing an upset for the other team. Punters placing a wager on such teams are sure to bet and win in soccer by a huge margin.

Other than these factors which decide where to place the wagers, there are certain other guidelines which the punter needs to follow so as to ensure consistency in placement of winning wagers. Some of the factors which need special mention are:

●        Sticking to a predefined staking system is a sure way to bet and win in soccer.

●        Betting on leagues or a team match about which the punter has no idea is a sure way to lose the wager.

●        Soccer betting is ruled by unpredictability and hence no matter how well-prepared a punter is, he should never be over confident.

●        For placing wagers on the outcome of a league, the punters need to allow the league to start-off, observe the performance of the key teams, then analyse their statistics and finally place the wager.

●        Mistakes made in placing wagers should be taken as stepping stones to success and punters need to learn from them so that they are able to bet and win in soccer in future.

●        Sticking to a single bookmaker will make the punter lose out on good odds and hence punters need to be registered with multiple bookmakers so that they are able to scout for the best odds.

●        Accumulator bets provide opportunities for winning big but they are also very risky and hence number of single bets forming the accumulators should be ideally limited to only a few.

●        Bettors should quit if they are not able to bet and win in soccer for it might just not be their day and they need to know that the beautiful sparkling rainbow visible in the horizon is just a mirage.

Punters also need to take a disciplined approach and also have a clear and confident strategy which will make them look objectively at the wagers which they want to place.